On Thursday I returned to action at the Reno Chess Club ad was able to swindle a victory from an utterly hopeless position. I had remembered several posts on the blog “Soapstone’s Studio” espousing the joys of a swindle, so while my position was becoming more and more hopeless I tried to think about; what if he messes up and I can take the game? I looked back over some of the blog entries and I kind of got inspired for a detective narrative.
So I hope you enjoy it, there are several homage’s to movies and books throughout. On a totally separate note, I so far really like Silman’s 4th edition of his classic How To Reassess Your Chess books. 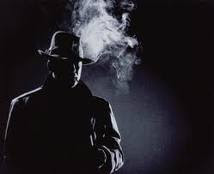