You gotta crawl before you can walk? 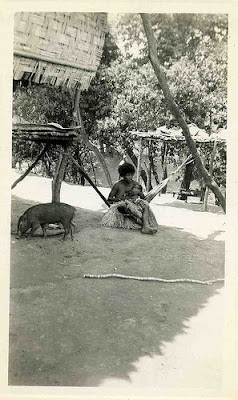 This is a catchphrase that is apparently looking less and less true through the research of anthropologists.Especially after reading over in Scientific American's latest issue featuring the work of Anthropologist David tracer of the University of Colorado at Boulder.

Many indigenous people never teach their children to crawl and for apparent good reason. Outside of the modern Western world sanitation is always a great concern and putting a child face-first onto the ground is a good way to catch diahrea from dirt on the hands as well as getting things in the child's mouth which don't brlong there.

In fact not crawling seems to have no negative effect. Peoples from New Guinea, Indonesia, Mali and Paraguay don't allow crawling. Yet our children's psychologists have built up a mountain of so-called science based on crawling, even though this research as well as a myriad of others working in the field seems to show that this is another close-minded view of human development.

I recommend picking uo this issue of Scientific American. There were many good articles.
Posted by ChargingKing at 12:44 AM